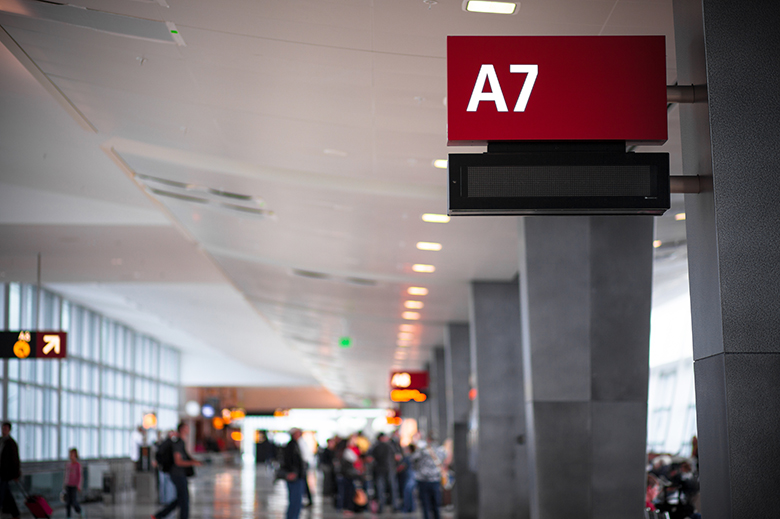 If you wake up on the wrong side of the bed and find yourself running way behind schedule getting to the airport for a flight to an important business meeting, or maybe to that much-anticipated exotic vacation spot, Sea-Tac Airport is among the 10 airports in the nation where you are most likely to miss that flight.

“There are two types of air travelers: Those who think arriving at the airport any later than a full three hours before their scheduled flight time is ‘cutting it close’ and those who calculate the absolute latest they can arrive and still make it to their gate before the final boarding call,” says Tracy Odell, vice president of content at FinanceBuzz. “This study is for the latter group.”

FinanceBuzz examined 12 variables across the nation’s 45 busiest airports to determine where running late for a flight was most likely to result in a missed connection. Among the factors considered were the number of gates at an airport, estimated terminal square footage and Transportation Security Administration (TSA) wait times.

“Seattle/Tacoma [Sea-Tac Airport] isn’t overly large, but [of the 45 airports assessed] it does have the sixth-highest number of departing passengers each day (58,603),” the FinanceBuzz study says. “That means if your flight is during peak times, you might find the airport a bit snug as you make your way to your gate.

“Average TSA wait times aren’t the worst at 25 minutes, but the airport rarely sees delays,” the study adds. “This is great for everyone — except those running behind.”

The best airport for arriving late and still catching your flight was Hobby Airport in Houston, followed by Kansas City International, Raleigh-Durham International, San Antonio International and Nashville International airports. Of course, the best fix for this problem, is to not roll the dice and ensure you arrive with plenty of time to spare for your scheduled departure.