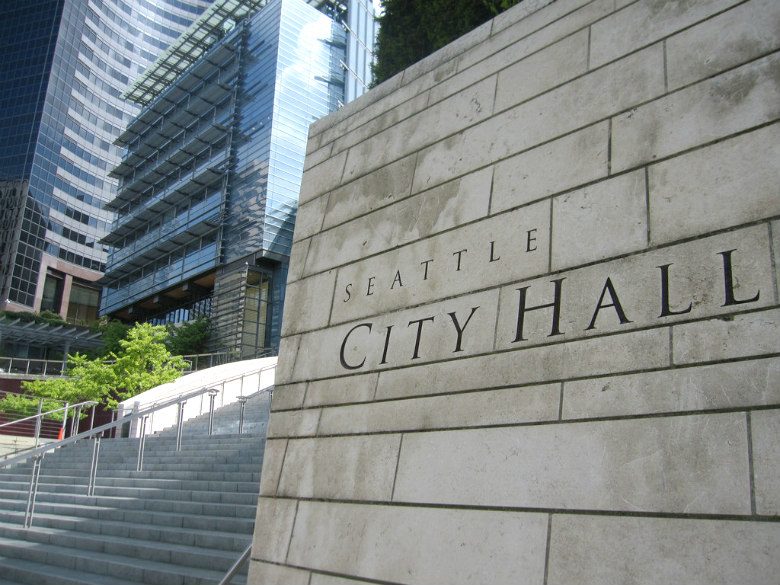 O’Brien and Harris-Talley are proposing a new per hour, per employee tax that would raise $24 million to combat the city’s homelessness crisis.

The proposal, called “H.O.M.E.S.” (Housing, Outreach and Mass-Entry Shelter), would raise $24 million to increase the number of shelters and safe zones; improve outreach and assistance; and create more permanent housing options. According to a news release on the proposal, the tax would amount to about $100 per employee on an annual basis. The tax would be assessed at 4.8 cents per hour, per employee and would affect the top 10 percent of the highest-grossing businesses in Seattle.

“It is our large employers who have benefited most from Seattle’s economic boom,” said Harris-Talley, who was appointed councilmember to replace Tim Burgess after he was appointed mayor. “As a result, big business is best positioned to help relieve some of the pressure created by rapid economic growth. We need a systemic fix to help address the resulting lack of affordable housing and dearth of places for people to go.”

A decade ago, as councilmember, Burgess campaigned for City Council on eliminating the city’s “head tax”, and was part of a successful move in 2009 to repeal it.

However, the city has steadily increased taxes over the past decade.  As Kevin Schofield detailed in the January 2017 issue of Seattle Business magazine, city leaders have proposed more than $3 billion worth of tax levies in recent years, helping to boost the city’s annual revenue to $1.18 billion in 2017, up from $852.8 million in 2008. The city budget to address homelessness climbed to $60 million in 2017, up 50 percent from just two years ago. Many of the new tax levies have been on real estate, hitting homeowners particularly hard. The head tax would shift more of the burden to large businesses.

Businesses, however, have complained of being the target of increasingly burdensome regulations. Some attribute this apparent hostility towards business as one reason Amazon.com decided to create a second headquarters outside Seattle.

In Mayor Burgess’ 2018 proposed budget, total spending on homelessness would climb to $63 million. In the budget’s executive summary, the homelessness crisis is referred to as “the most significant policy challenge that the City is currently facing.”

”When people of this city, at whatever stage of their lives, find themselves homeless and in need of a hand, we should also be ready to offer our assistance,” Burgess said in his budget address. “The dramatic rise in homelessness that has accompanied our recent, rapid growth is troubling to all of us.”

Given Burgess’ opposition to the city’s prior “head tax,” some insiders believe he could choose to veto the tax if it were to pass the city council. Budget deliberations are scheduled to begin on Monday, Oct. 16.