In a letter to public officials, they urge action to permanently take back Third Avenue from the open drug market 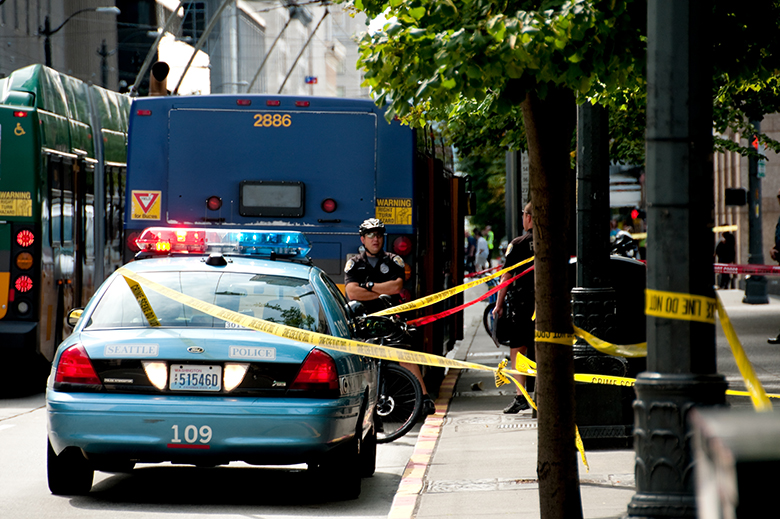 A group of 175 downtown businesses and civic leaders, residents and employees have sent a letter to King County and Seattle public officials expressing great concern about the state of public safety in downtown Seattle. The letter references the Jan. 22 shootout between two suspects near Third Avenue and Pine Street that left one woman dead and seven other innocent victims injured, including a 9-year-old boy.

The letter, dated Feb. 4, was sent to the King County prosecutor, sheriff, executive and County Council as well as Seattle’s mayor, police chief, city attorney and City Council. It urges the public officials to develop a stronger safety strategy for downtown, including reforming existing practices and policies, and also urges them to “devote the resources necessary to permanently take back Third Avenue from the open drug market that has, for decades, laid claim to it.”

“Our frustration comes from knowing that this tragedy was not just avoidable, it was a likely outcome of a deeply rooted drug market that has existed along Third Avenue for decades,” the letter states. “Third Avenue is the front door to downtown for commuters coming from neighborhoods across Seattle. Unfortunately, it has been taken over by criminal activity, including drug dealing, gang warfare, rampant retail theft, daily overdoses, acts of violence, sexual assaults and robberies.”

“We love downtown Seattle and expect the heart of our city to be safe and welcoming for all who live, work and visit here,” the letter states. “It should be safe for the barista, the retail clerk, the downtown cleaning ambassador, the theater performer, the small business owner, the resident and the visitor.”

“Increasing downtown density and vibrancy is aligned with the city of Seattle’s comprehensive plan, growth and economic goals, and climate strategy,” the letter concludes. “But these goals are jeopardized if people don’t feel safe in downtown.”