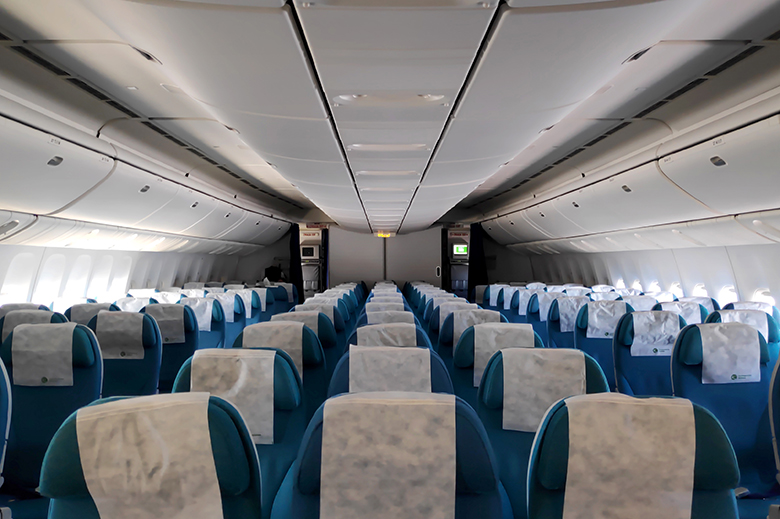 The Puget Sound region’s roaring economy and a strong labor market are expected to mitigate the damage, however, a recent report indicates

The greater Seattle area is among the most exposed areas in the nation when it comes to the economic impact of the Boeing Co.’s grounding of its troubled 737 Max aircraft. The strength of the labor market as well as the booming Puget Sound economy, however, is expected to limit the impact of Boeing’s ongoing woes, a new economic analysis from Wells Fargo Securities states.

All of the 737 Max passenger jets are assembled at Boeing’s plant in Renton, which employs some 12,000 people. Employees at that plant, however, so far have not lost their jobs due to the discontinuation of 737 Max production

The company, instead, is choosing to “redeploy all workers to maintain idled MAX jets in Moses Lake, Washington; to work on the 767/777 [aircraft] at its Everett factory; or to do other work in the Puget Sound area,” the Wells Fargo report states

Boeing suspended production of new 737 Max aircraft starting in January of this year, some nine months after the passenger jet was grounded in March 2019 following two fatal crashes in Indonesia and Ethiopia in less than half a year that together claimed the lives of 346 people. Boeing says it plans to prioritize the delivery of the 400 aircraft it now has in storage.

The real rub for Seattle and Washington state overall with the 737 Max troubles, however, is with the more than 1,500 Boeing suppliers across Washington, which account for a total of 125,000 direct and indirect jobs ― “some of which, including Skills Inc. in Auburn, have already begun to lay off staff,” according to the Wells Fargo report.

The duration of the 737 Max production shutdown is not known at this time. Regulatory approvals for the 737 Max to return to service are not likely to be in place until at least mid-year, although the federal regulators’ clearance timetable remains unclear at this point.

The Puget Sound region’s strong and diverse economy, however, powered by companies like Microsoft, Amazon and Starbucks, should help to mitigate any negative impact from Boeing’s 737 Max woes, Wells Fargo’s analysis states.

“The tightness of the labor market, particularly in manufacturing, will likely temper layoffs throughout the supply chain — particularly given Boeing’s immense order backlog,” the report adds. “With the unemployment rate at a 50-year low, we repeatedly hear anecdotal reports of manufacturers having a hard time finding the skilled labor they need, meaning employers may be reluctant to lay off workers and later find themselves unable to hire them back.”