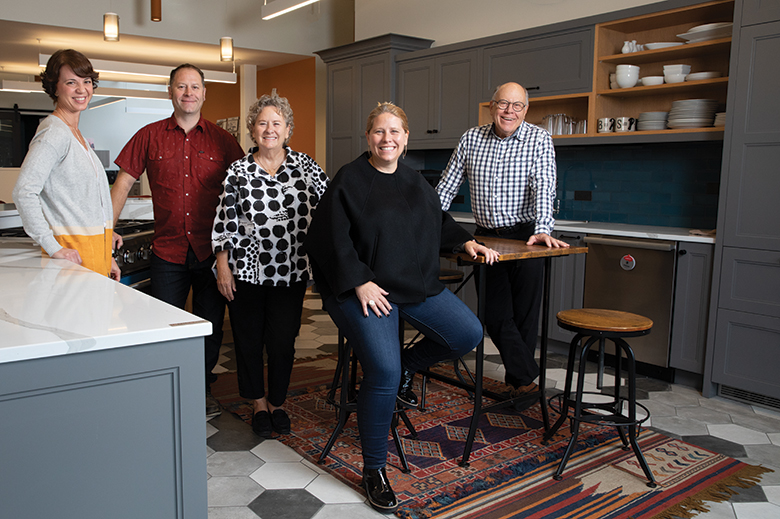 Community involvement at Gaspar’s Construction is an intimate affair. Employees routinely help each other with their various home projects.

Each quarter, staffers also participate in a community event. Recent projects include a Master Builders Association program called Rampathon, where volunteers build wheelchair access ramps at single-family residences; and Rebuilding Together Seattle, a nonprofit that repairs homes for low-income homeowners.

Now in its third generation of ownership, Gaspar’s was founded in 1973 by Rich and Cathy Gaspar. It is currently owned and run by their daughter, Sarah Henry, who bought the business 13 years ago. Wanting to head off any potential pitfalls, the family hired a consultant to help establish communications systems among family members. The company says one of its core values is called “Courageous Communication: The best news is good news and the next best news is bad news delivered immediately.”

Gaspar’s has nearly doubled revenue and profit during the past five years and is on target to reach almost $10 million in revenue this year.

Gaspar’s last year moved from its longtime space in Seattle’s Capitol Hill neighborhood and purchased a 7,000-square-foot building in the Georgetown neighborhood to accommodate rapid growth. The company now employs 40 people, about double what it did just five years ago.

Part of Pot O’Gold’s philanthropic strategy seeks to ensure that educators remain well-caffeinated. The second-generation company, which provides premium coffee products and services to organizations across the Puget Sound region, donates brewing equipment and coffee to Hamlin Robinson, an independent school that works with students with dyslexia and other language difficulties. It also regularly donates coffee and supplies to the Bellevue School District. The company, founded by Larry Jones in 1986, has more than 900 accounts in the Puget Sound region and projects more than $7.2 million in sales this year. Several family members work in the company, including Larry’s sister, Laurie Sergeeff; her husband, Alex; and Larry’s son, Blake, who has worked at Pot O’Gold every summer since he was 16.