Lynden-based Woods Coffee contributes to numerous charities and schools and is dedicated to serving others. 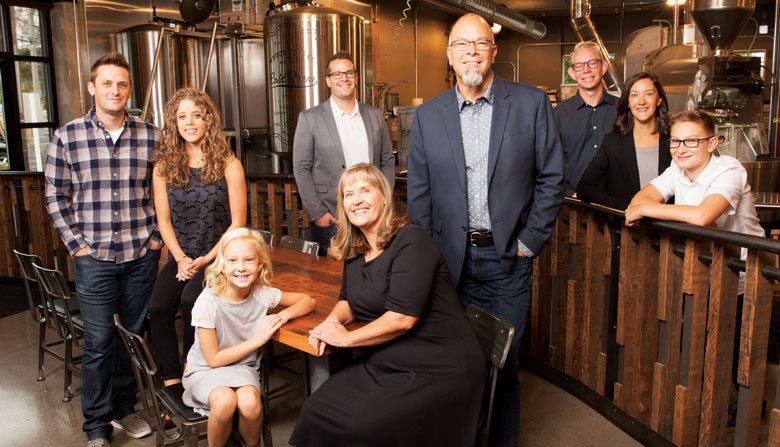 Lynden-based Woods Coffee contributes to numerous charities and schools and is dedicated to serving others.

Wes and Diane Herman gave a challenge 15 years ago to their four home-schooled teenagers: Create a business plan that eventually supplied the grounds for Woods Coffee. “We wanted to teach them how to start a business,” says CEO Wes Herman.

Three of the adult children work in the company, while the fourth is “our insurance agent,” Herman says. In 2002, Woods opened the first shop in Lynden, and after six months, a second store there.

Now the company has 19 locations: 14 in Whatcom County, two in Skagit, two in King and one in British Columbia. Herman says family operators keep best practices in mind, from quality control of ingredients to belief in its more than 250 employees through supportive benefits. The company has a 401(k) plan, health care coverage at 30-plus hours and advancement opportunities.

Woods roasts its own coffee in Bellingham and operates a scratch bakery, making goods daily and delivering fresh to stores. Each warmly decorated location caters to what Herman describes as “the relationship aspect around coffee.”

This year, Woods is collecting $2 on every bag sold of its Anniversary Blend to donate to charities. Customers in another program can load a gift card for drinks ordered by police officers. Woods Coffee’s mission statement puts it simply: “To serve others, make a difference and have fun.”