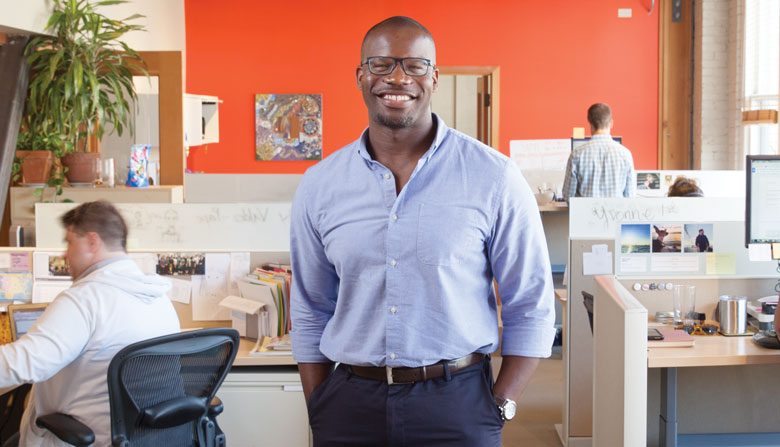 THE CONVENER: Besides making grants, Solynn McCurdy, CEO of SVP Seattle, brings together people who want to give back to their community.

Celebrating its 20th anniversary this year, Social Venture Partners (SVP) Seattle is a network of more than 500 individual and corporate partners working toward a sustainable, livable and inclusive community. SVP pools dollars to grant nearly $1 million annually, and its partners volunteer their time and expertise as pro bono consultants to help build the infrastructure of the organizations they support in areas such as finance, technology, marketing and fundraising.

“Social issues like racial equity and economic disparity are really prevalent in our region, and as individuals and as a community, we don’t have the luxury of just sitting back and letting these issues fester,” says CEO Solynn McCurdy. “Many folks have the time, talent and treasure to give in meaningful ways. SVP is the network that brings those people together, not only to leverage those dollars but to leverage them in a way that can really get them engaged and get them plugged in as volunteers and committed members of the community.”

The organization focuses on issues such as kindergarten readiness, K-12 education and the environment. Over the years, SVP has provided $17 million in funding to more than 100 Seattle area nonprofits and has given more than 45,000 hours of volunteer service.

Foster Pepper has more than 130 attorneys. Its clients include businesses, individuals, government agencies and nonprofits. It’s the only law firm in the state with a full-time pro bono partner and its own pro bono flagship program, the Domestic Violence Advocacy Project, which coordinates volunteer attorneys to go into court with domestic violence survivors and petition the court for protection orders.

The firm was one of the founders of the Domestic Violence Clinic, which helps survivors prepare for court. After Germany enacted legislation allowing certain Holocaust survivors to receive pensions, the firm helped bring awareness of them to Washington state and filed successful appeals on behalf of applicants who’d been denied assistance.