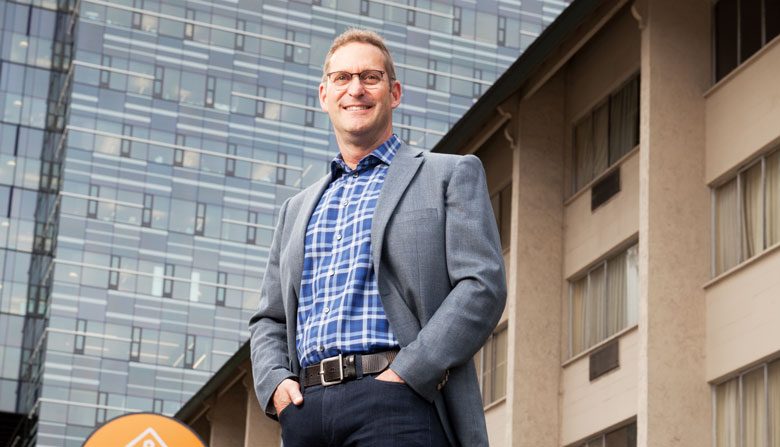 When Amazon chose Seattle as the home address for its 30-plus-building campus, it did so with the intention of becoming a part of the fabric of the city. “It’s not building a campus per se; it’s building a neighborhood. Being inclusive is important to us,” says John Schoettler, Amazon’s VP of global real estate and facilities.

Among the numerous local nonprofits it supports are the family shelter Mary’s Place and the Seattle culinary training program FareStart. Amazon has provided Mary’s Place with temporary shelter rent free in two former hotels that Amazon is redeveloping. It’s also building on its campus, at no cost to Mary’s Place, a permanent, 47,000-square-foot shelter to house more than 200 homeless people each night.

Amazon gave FareStart 25,000 square feet of space and equipment across its campus for five restaurants, which will allow FareStart to double its reach during the next 10 years. The company also donated $10 million toward the University of Washington’s new computer science building and, as of February 2017, its Amazon Smile Foundation has made more than $46 million in contributions to more than 190,000 nonprofits selected by customers buying products on Amazon.com.

Schoettler says Amazon will continue to serve the Seattle community. “We understand the importance of investing in our hometowns,” he says. “It’s in our DNA, part of our spirit.”

to nonprofits dedicated to outdoor stewardship, including the Washington Trails Association, Mountains to Sound Greenway and the University of Washington’s College of the Environment.

The organization also works on local and national policy issues in support of public lands and waters, and is a 100 percent green-power user. It recently opened the country’s first Leadership in Energy and Environmental Design (LEED) Platinum-certified distribution center in Arizona.